Why Florence produced so many geniuses in its golden 15th century.

What the ‘Golden Age’ meant for Amsterdam, the 15th century meant for Florence. Over a period that lasted less than one hundred years, artists and thinkers such as Leonardo da Vinci, Michelangelo, Machiavelli, Raphael, Botticelli, Brunelleschi, Fra Angelico and Lorenzo de’ Medici have gained the city of Florence its reputation. Their works are treasured throughout the world. These artists and scholars lived on the threshold of the Renaissance, a period that was to herald countless innovations in the visual arts.

Where did this unparalled explosion of talent come from and how can it be explained? How could a small city with a population of barely 60,000 produce so many geniuses within less than one century?

In The City of Genius,Koen De Vos outlines what it was that made 15th century Florence so special by describing nine favourable conditions that enable artistic genius. Furthermore, he explains why so many Florentine artists and thinkers were able to permanently determine the course of art history. The result is a beautiful history of a city that never fails to fascinate us.

Koen De Vos studied Romanesque Philology in Ghent, Rome and Bologna, focussing on Italian language and literature. He has given training sessions in creative thinking and supervised creative processes in companies and government institutions in the Netherlands and Belgium. Nowadays, he works as a freelance copywriter. He has previously written Brainstorming, 50,000 ideas a day, which has sold more than 10,000 copies.

An Ode to the Italian Renaissance

An original and fascinating look at Florentine artists and thinkers such as Leonardo Da Vinci, Michelangelo, Machiavelli, Raphael, Botticelli and many others.

The City of Genius is published bij Ambo Anthos.

There’s a free city walk inspired by the book The City of Genius. You can access the walking tour here. 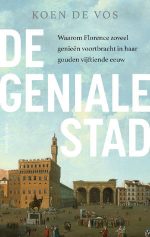 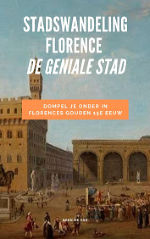 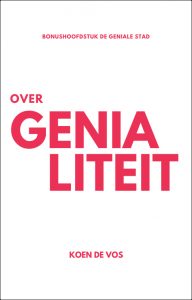 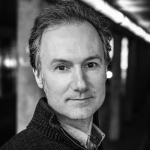